Found in alleys, on walls, trains, trucks and billboards, street art exposes a place’s raw conscience on a public canvas. These works often reach more people, and certainly a more diverse audience, than art trapped in galleries or museums. Murals in the Market embraces this notion. The week-long event held in Detroit’s Eastern Market invites local and global artists to beautify the buildings that comprise this historic neighborhood. An area known for its food and flower markets, kitschy diners, and dives, Eastern Market is rapidly becoming a creative outpost. But Murals in the Market is an important effort for other reasons, too.

As Detroit officials invest time and resources cracking down on graffiti artists—while many of the city’s other inhabitants struggle in the shadows—Murals in the Market sends a different message about Detroit’s appetite for graffiti. It celebrates the value of street art, attracting tourists and residents to view the outdoor displays, while offering artists a legitimate space to present their work. Some pieces, created by people who at one time or another were indeed running from police for painting their art on public walls, are potent protests against racial injustice and government corruption.

“As an artist, in the past couple years it’s like I have finally been able to come out,” Tavar Zawacki told me. The Berlin resident is among the cadre of street artists who once painted in the still of the night and went only by a pseudonym. Today, like many artists with a street genesis, his works now hang in galleries and are part of mural festivals like this one.

Talking with paint splattered artists like Zawacki and curious passersby, I inhaled a sense of pride for my former city. This was not the withering metropolis I remember from 10 years ago. It was a glimpse into Detroit’s potential future, which in some ways rests on the shoulders of these folks: the indefatigable creative class. 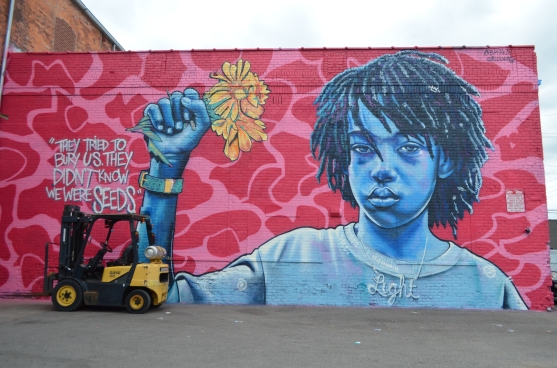 My favorite of this year’s brilliant works by Bmike Odums and Uncle Rick. 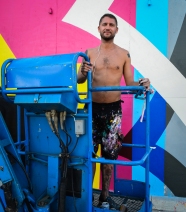 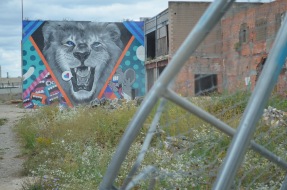 An older piece that welcomes shoppers to the weekend market. 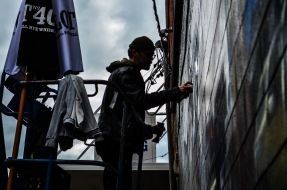 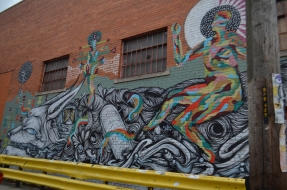 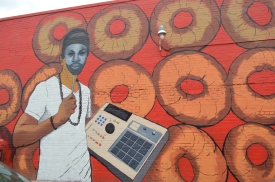 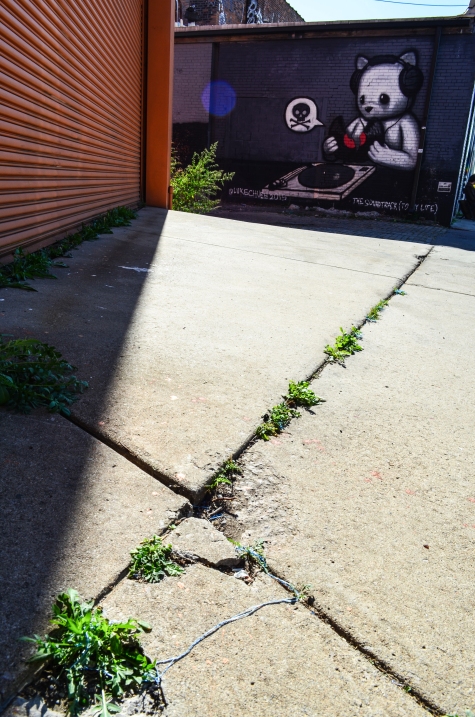 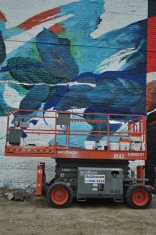 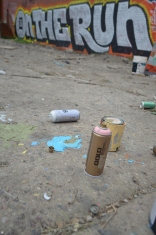 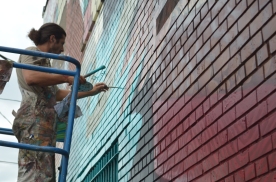 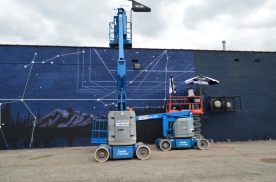 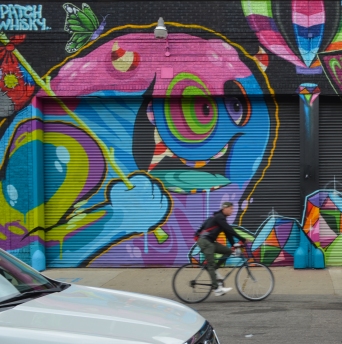 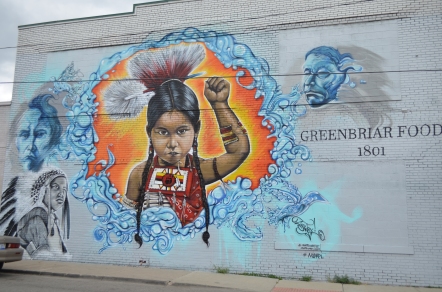 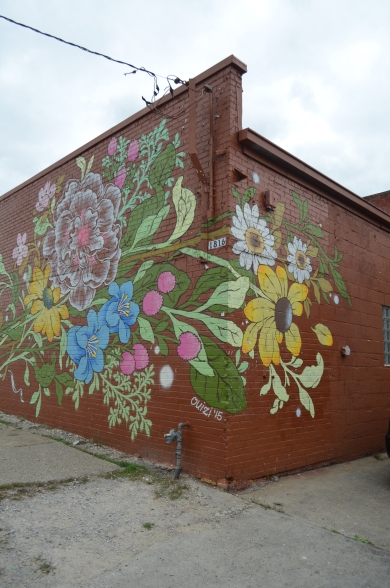 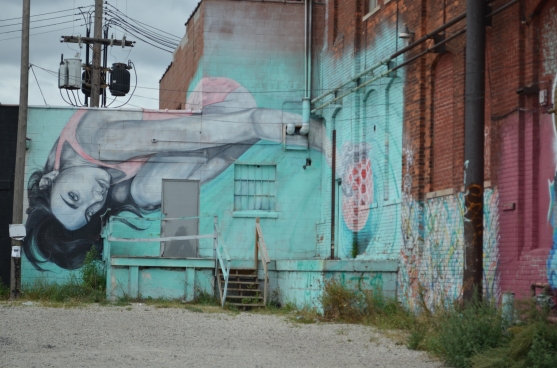 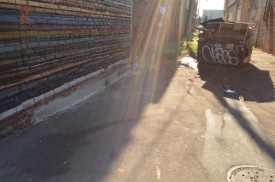 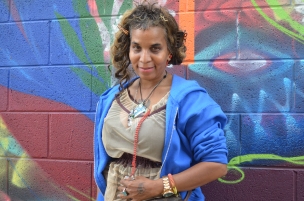